Another ambitious and talented child from a family with a long history of producing them, Irjsko rose easily through the ranks of the Mezari security forces. Though the Mezari had only recently fallen to Auriga, she felt at home in the caverns of their subterranean holding where her natural curiosity made her a valuable explorer and forager. In teams or alone she was famous for extending the mapped space of the Mezari nation and vastly improving their understanding of the underworld realm to which they were still adapting. It was during a solo scouting expedition - the sort of thing she did regularly to keep from getting bored - that Irjsko discovered a new and evidently well-maintained hatch that led out to the unknown and reputedly lethal surface of Auriga. Curious and suspicious, she staked it out and soon discovered a horrifying secret: A band of renegade scientists and ideologues called the Eugenicists were testing survival technology on living subjects. Sneaking from that door to deep down in their labs and living spaces, Irjsko spent several rage-filled days detailing everything about the operation. It was during one of the surface expeditions that she met a kindred soul, Bayari Kulaa, a test subject with a will of iron and a taste for revenge. While those days have never formally been recorded, and Irjsko's records of the operation, though precise, were sparse, the passion with which she spoke of the Eugenicists and their subjects indicates that her relationship with Kulaa was more than just sisters in arms.

Soon after, Irjsko left the lab area to make her report and return with the troops. However, in the time she was gone the lab and everyone in or near it disappeared after a series of murderous - and carefully-planned - fires. Irjsko made many subsequent trips to the surface, relentlessly tracking Kulaa and her companions. Her attitude changed drastically, and any stragglers they found were dealt with ruthlessly. Nevertheless Irjsko's career continued to rise, and she held many top posts in the Mezari society. But she was never the same after the Eugenicists incident, forever a colder and grimmer warrior. 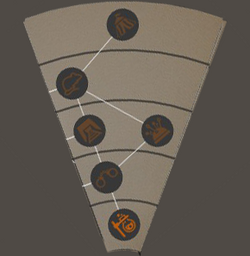 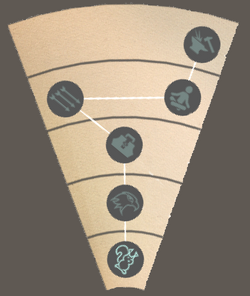