Born into the Necrophage caste responsible for meeting the needs of his brood queen, Queenslayer would've led an utterly unremarkable, servile life had it not been for accidentally falling into a well of Dust-enhanced liquid during his daily foray into the waste pits. Although his simple mind would not have had any inkling of the changes the consumption of the liquid instilled, Queenslayer found he had a craving for the sweet nectar, and over the course of many day-night cycles, his cognitive function grew fast - and cunning.

Slowly, he began to resent his status as a mere servant, then despised it. The weight of the endless days ahead almost caused him to take his own life before he realized there was a way out. Lobotomizing his queen so that her bodily functions remained intact, Queenslayer became the mastermind at the heart of the nest, fashioning a Necrophage empire of exquisite complexity.

Many cycle's later, when Queenslayer's matricide was discovered, he fled from the nest, and now offers his services as a governor of rare ability. 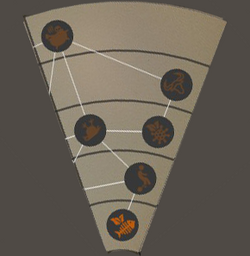 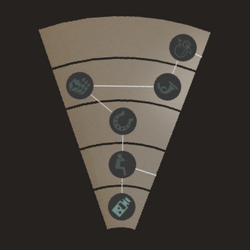