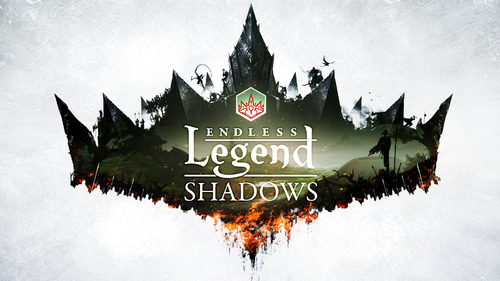 A nightmare out of history, the Forgotten are a faction that all others thought to be lost or dead. Against their will they were forged into a tight society of violent and distrustful survivors, having spent the final years of the cataclysm alone on the surface of Auriga. Now, as rifts in their society have led a splinter faction to declare its independence, the Forgotten are risking everything in the hopes that the other factions will accept them - or kneel before them. Masters of deception, infiltration, and sabotage, the arrival of the Forgotten among the factions of Auriga will change everything.

Shadows is the second expansion for Endless Legend. Released on September 2nd, 2015, this expansion adds the Forgotten major faction, Pillaging, and Espionage. The expansion can be purchased on Steam here.

The Pillage army action allows units to siege regional buildings of other empires: watchtowers, defensive towers, extractors, and pacified villages. Doing so grants a reward based on the type of structure that was pillaged, while also depriving the empire who owned the pillaged building of all bonuses it provided for a time (9

Upon successfully pillaging a regional building, an amount of Dust is rewarded, as well as a reward based on the building that was pillaged.

Espionage introduces the ability to infiltrate

the cities of other empires, and in doing so it is possible to see more detailed information about the city that is infiltrated, as well as providing a way to sabotage and steal from the empire controlling the city. A means of counter-espionage, referred to as Security

, was also introduced; the higher a city's Security rating, the more difficult it is for other empires to successfully perform infiltration actions on that city.

Infiltration enables heroes to be assigned to the cities of other empires as spies. Performing requires that the target city be visible, and costs a small amount of Influence

which is determined by the current technological Era and a few other factors. A few things happen immediately upon infiltrating a city: first, you are now able to view the infiltrated city's City Screen as though you owned the city. This by itself can provide a large amount of useful information about the city. Second, you will gain vision over the city, including that gained from expansions, such as Watchtowers. Finally, the infiltrated hero will begin to build up Infiltration Points

, which are necessary to perform Infiltration Actions that can sabotage the infiltrated city or empire.