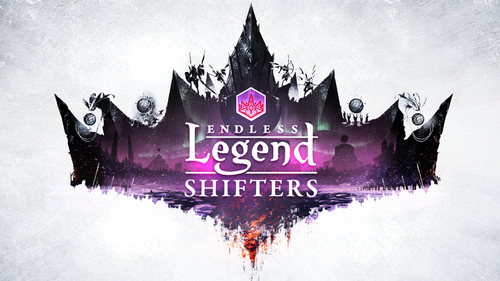 When the Endless first came to Auriga they did not find an empty planet, but one teeming with life -- some of it intelligent. The Guardians, caretakers of the planets, were one sentient species; another were their helpers and comrades, the Allayi.

The Allayi were broken and scattered by the Endless, and for centuries they have survived on the fringes of existence. Handing their traditions and stories down in the form of a religious text, the Epistles, and a book of prayer, the Euchologion, they have been waiting in the snows and the shadows until Auriga once again needs them. And it seems that this time has come...

The Allayi are a people so closely aligned to Auriga that their very nature changes as the Dark Seasons occur. While they are friendly and defensive in summer, when the harsh winters arrive they become aggressive and dangerous, reflecting the madness of the planet. They are tied so closely to Auriga's fate that even their bodies alter to match the evolution of these extreme seasons.

Growing strong once again the Allayi have returned, prepared to defend and preserve Mother Auriga with all their grim strength.

Shifters is the third expansion for Endless Legend. Released on April 7th, 2016, this expansion adds the Allayi major faction, a new system for how Seasons work and new winter effects, Pearls

, the Altar of Auriga, and Blessings. The expansion can be purchased on Steam here.

To survive the horrors of the Dust Wars, the Allayi scattered themselves to the cold places of Auriga. Now that the Guardians have awakened they are coming together, hoping to save Auriga and rebuild the life they once had. To sustain and extend their cities, the Allayi must use the Auriga Pearls

, a resource that only spawns on the map in winter. Thankfully, they can also perfectly predict winters. They automatically adapt their abilities and appearance when winter arrives.

are a special collectible resource that are used to unlock Blessings at the Altar of Auriga, build blessing-related improvements, and influence future Winter Effects. When Winter arrives, pearl clusters will appear at random locations across the map, with a tendency to appear more frequently on Anomalies. When a unit moves over the tile containing the cluster, a variable amount of

pearls will be added to the faction's collection, tallied above the 'End Turn' button in the bottom-right controls interface.

Blessings are similar to technologies in that they provide new construction projects for cities and new items for units, but differ in that instead of being unlocked passively over time, they are unlocked manually by spending Pearls

. Many of the Blessings provide unique and powerful effects, often focusing on providing bonuses during Winter

In order to unlock blessings, a player first needs to construct the Altar of Auriga expansion in one of their cities. Once that is complete, the player can access the Altar by clicking on the button just above the "End Turn" button, or by pressing "O". Doing so will bring up the Altar interface, the right side of which is the Blessing table. The Blessings there become available to unlock in "rings" extending out from the center, each unlocking at the start of the first, second, and third winter in succession. To unlock a blessing, select it and then select Unlock The Blessing in the center of the table. Doing so will cost a specific amount of pearls depending on what winter the blessing is unlocked in; Blessings from the first winter cost 10 Pearls to unlock, those from the second winter cost 15 Pearls, and those from the third winter cost 20 Pearls. Once a blessing is unlocked, whatever construction or item that is unlocked by it is available to make, but all of these require some amount of pearls to use as well, so that should be taken into account when determining how many pearls one needs to unlock a blessing and use something from it.