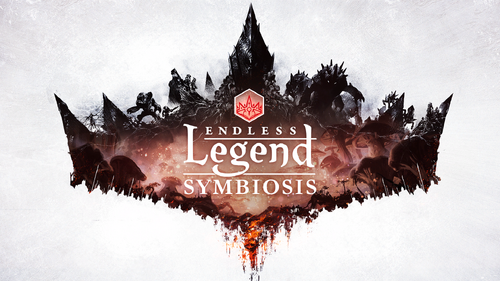 The Mykara are a race of sentient plant matter and fungi, a single organism spanning thousands of semi-autonomous agents and time immemorial, ever adapting to survive and thrive. They spread all over Auriga as a massive underground root system, sprouting on the edges of the map, clinging to the regions other factions leave unattended.

The Mykara are a single, vast organism that has spread beneath the surface of Auriga, covering most of the planet. Yet all roots lead to home, their capital serving as a hub for their physical spread and their consciousness. Consequently, the Mykara are focused on a single city and have to exert their control over the world by different means, much like the Cultists of the Eternal End.

Unlike their more religious rivals, who have to pacify villages and convert them with Influence, the Mykara do not have to be present near the areas they want to claim. As long as you have had vision on a point of interest before and it is located in a neutral region, you can begin growing a Fungal Bloom on it.

Symbiosis is the sixth expansion for Endless Legend. Released on January 24th, 2019, this expansion adds the Mykara major faction and the Urkans. The expansion can be purchased on Steam here.

Ancient dwellers of the subterranean realm with mycelial webs stretching throughout the crust, the Mykara are one of Auriga's oldest species. Legend has it they have broken onto the surface many times through the ages, in an eternal struggle with the great Urkan beasts. The Mykara use Food

from their unique city to exploit points of interest in unexploited regions. Although captured cities cannot be further developed, they still grant their tile outputs and allow the symbiosis of other factions. To be most effective, the Mykara seek to control the Urkans.

The Urkans are three giant, powerful, indestructible units introduced in Symbiosis that appear on the world map over the course of the game. When an Urkan appears, it will be rooted into that region, effectively claiming it so that no-one may found a city in that region so long as the Urkan is there. All Empires are able to see where the Urkan is, and as such will be able to go to it and try to tame it. If a number of turns pass and the Urkan is still not tamed, it will move to another random neutral region, and again remain there until it is either tamed or it moves again.

Urkans are also able to garrison up to 4 Urkan Lice units on themselves, and while Urkans are neutral, they will produce roaming armies of Urkan Lice that patrol the region the Urkan is in, and will remain in the region after the Urkan leaves, making it potentially quite hazardous to armies that aren't well-equipped. The Urkans themselves are as follows: