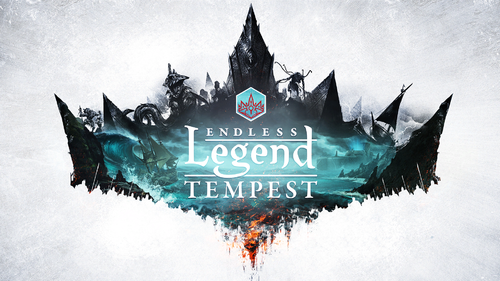 While much is known of the surface of Auriga, its oceans still guard many mysteries. Weathered fortresses, certainly creations of another age, still house a secretive people called the Fomorians who serve some ancient purpose. But while the nations of Auriga learn to meet, trade, and war on the seas, another force rises from beneath them. They are -- or is? - the Morgawr, a twisted and possessed people that seem to be symbiotic creations of sea life and other, unimaginable species. It will be necessary to confront them, defy them, and understand the new powers they harness. Or, equally likely, succumb to their strength.

Tempest is the fourth expansion for Endless Legend. Released on October 14th, 2016, this expansion adds the Morgawr major faction, Fortresses and Sunken Ruins, Naval Units, and ocean Weather. The expansion can be purchased on Steam here.

Constructed creatures that broke out of their prisons deep beneath the oceans, the Morgawr are driven to seek the surface by forces they do not understand. Once the planet is theirs, however, their ambition may not be sated...

The Morgawr are intimately linked to water, getting huge Science

bonuses for exploiting sea tiles. They can also freely embark and move faster on rivers. They use psychic abilities to control minor factions and manipulate major ones.

Fortresses add a great deal of complexity towards the naval aspect of the game. The oceans of Auriga are divided into various oceanic regions, and these regions may be host to one to three Fortresses - large structures that rise from the depths that can act as safe havens on the seas for those who control them, as well as providing access to resources and special facilities. These Fortresses can be conquered either through force or diplomacy, and doing so grants one access to special resources and control of the seas.

Sunken Ruins are a third type of ruin that now appears in the oceans, which can be searched just as other ruins can, with a chance to receive technology for special naval equipment. Note, however, that searching Sunken Ruins consumes all movement

Various units meant specifically for use on the seas have been added to the game for empires to research and use. Naval units are created for effective movement in water and naval combat. They cannot move through land tiles. Because these units are so much stronger than the Transport Ship that is made when Land Units are embarked on water, anyone seeking to control the seas would be wise to research one or two of these units.

The weather on Auriga can be quite volatile, especially on the seas. Across the oceans, tiles will be affected by randomly-occurring weather phenomena, which have a variety of effects on the units on that tile, as well as the progression of battle. These effects range from slowing down or speeding up units, damaging them, concealing them, increasing their upkeep, or decreasing their morale. A savvy navigator will take care to make a note of the weather on the seas as they venture forth into the unknown.